A Life Without Math 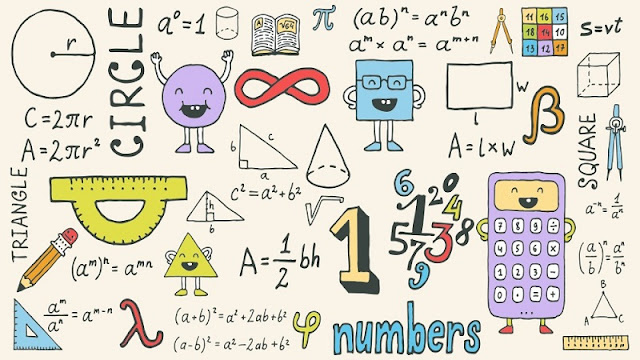 Everything around you is based on math, so you cannot live without math. You practice it without even knowing its there.

Basic maths is very important in day to day life. If we don’t know basic maths, how we will cross-check that bill that the shopkeeper handed over to pay? How we will pay your servants? How we will understand our bank balance and other finance-related statistics? And similar other things which are a part of a normal adult’s life.

Learning complex stuff is a different thing, but a person not aware of how to do even basic mathematical calculations will only be easy to deceive, fool around with and be taken advantage of.

Math is a too for modeling all kinds of otherwise complicated things in life. If you skip math, you will do well with simple situations - understand, decide, act but you will have significantly hard time dealing with complicated challenges like climate change, pandemics progress, making it to the Moon or Mars, designing and building automation tools that work.

A Life Without Math

We can't live without Maths because The Maths is everywhere. That starts from the time, measurement, the money your having, the phone number that you called, the things you buyed, the money you gave to the shopkeeper, the KM you have travelled in your bike, the amount you gave to your officers, the cost of your shirt, the steps you walked to your home, etc..

Can you imagine life without purified water? You can see ocean, river, sea but you can’t able to drink it without processing it. Similarly life without maths would have been only natural things surrounded to us without any more inventions. People could only discover hidden places but couldn’t invited anything.

To construct a building, one need to dug a foundation on which the whole load gets transferred. Similarly, to calculate anything (it includes everything) simply one needs number to shape their thinking ability and specify the assumptions.

So, these are some of the Mathematics using in your daily life. There are more than this your can see in your life. Therefore the Maths is important. And don't forget that if you learn only you can do it. And also the Science is important as Maths.

A study appearing today in the journal Science reports that the hunter-gatherers seem to be the only group of humans known to have no concept of numbering and counting.

Not only that, but adult Piraha apparently can’t learn to count or understand the concept of numbers or numerals, even when they asked anthropologists to teach them and have been given basic math lessons for months at a time.

Their lack of enumeration skills is just one of the mental and cultural traits that has led scientists who have visited the 300 members of the tribe to describe the Piraha as “something from Mars.”

Daniel Everett, an American linguistic anthropologist, has been studying and living with Piraha for 27 years.

Their lack of numbering terms and skills is highlighted in a report by Columbia University cognitive psychologist Peter Gordon that appears today in Science.

Intrigued by anecdotal reports that Prof. Everett and his wife Keren had presented about the mathlessness of Piraha life, Prof. Gordon conducted a number of experiments over a three-year period.

He found that a group of male tribe members — women and children were not involved because of certain cultural taboos — could not perform the most elementary mathematical operations.

When faced with a line of batteries and asked to duplicate the number they saw, the men could not get beyond two or three before starting to make mistakes.

They had difficulty drawing straight lines to copy a number of lines they were presented with. They couldn’t remember which of two boxes had more or less fish symbols on it, even when they were about to be rewarded for their knowledge.

The article makes the point that this kind of throws mud in the face of those linguistic theorists that accept Harvard University professor Steven Pinker’s idea of a universal language instinct.

Could you live without maths?