The Six Basic Topics in Mathematics 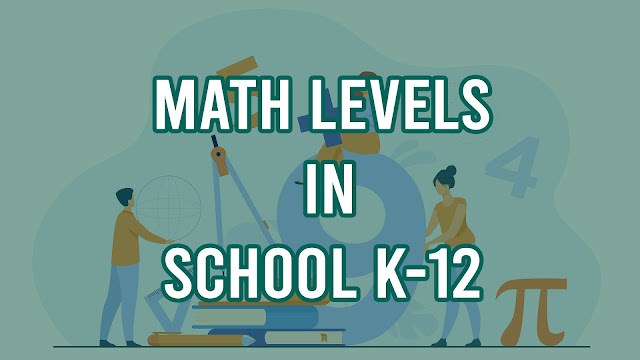 The field of mathematics studies a wide variety of topics besides just numbers. Mathematicians also study concepts like space, change and structure. Some even specialize in studying or finding patterns that can be used to formulate new theories. Here are some of the more common types of mathematics that exist and several of them offer career paths for the mathematically-minded person who is interested in this field as a way to make a living.

The Six Basic Topics in Mathematics

The word “algebra” often sends chills up the spine of students in middle school and high school. This is a branch of mathematics that uses letters to represent sets of numbers or unknown numbers. In algebra, one learns how to manipulate these symbols and letters to arrive at a mathematical answer. Algebra uses preset formulas, such as the quadratic formula, to find a certain value, which is often represented by the letter x. This branch is often split into different categories with varying degrees of difficulty, including elementary algebra, abstract algebra and others.

This is the field of mathematics that deals with measurements. In geometry, students learn how to measure the surface area of an object and the volume of various objects. Geometry also deals with angles and the relationships between various points on a surface. Concepts from algebra are often used in solving geometrical problems. For instance, there are algebraic formulas for finding the hypotenuse of a triangle, the area of a hexagram and more.

Logic is a field of study that is used in mathematics as well as philosophy and computer science. It involves the science of reasoning and evaluating arguments and the conclusions to those arguments. The study of logic originated in ancient Greece and has since been broken down into several types of fields, including syllogistic logic, computational logic and mathematical logic, among others. Some of the famous mathematicians who focused on studying logic during their careers include Aristotle, Avicenna and others.

Number theory is often referred to as the “Queen of Mathematics” because it is such an important part in this field. It is basically what mathematics boils down to – studying numbers, integers, rational numbers and more. Even the most famous mathematicians, including Albert Einstein and John von Neumann started out with an understanding of number theory before going on to bigger and better things with their careers.

Although these are two separate fields of mathematics, they are very closely related as studying statistics generally uses the idea of probability, but probability is not typically used in the study of statistics. Probability deals with the likelihood of something happening and this likelihood is often based on data found in certain statistics. The field of statistics focuses on separating and analyzing data to find trends and patters. A statistic would be a piece of data that states “Nine out of 10 dentists use this toothpaste in their office.” But the data can get more involved and more complicated than that as well.

The first topic of mathematical study that is taught in schools is learning about the basic numbers. This includes the order of the numbers (counting) and applying very basic concepts to numbers. This also includes visual representations of numbers, such as helping children identify the number of objects in a given area.

During the first and second grade, the main topic taught to students is practical mathematics, which includes basic functions and operations, such as simple adding, subtracting, multiplying and dividing. Most schools begin teaching students the ideas of practical mathematics in the first grade and continue through the second grade. Other topics during this level often include rounding numbers, measurements, simple fractions and basic mathematical word problems.

Once the students have a firm foundation and understanding of the basic mathematical concepts, they can move to more complicated and involved areas of applying those principles. In some schools, students are first introduced to basic algebra between the 3rd and 5th grade years. During this level of grade school mathematics, students learn the relationship between factions and decimals as well as learning about percentages, rations, proportions and more complicated word problems.

These are generally the middle school  years for most districts and the math levels are increased to a higher degree of difficulty. Middle school is typically where algebra is introduced to students in a more involved manner than the basic algebra that some students learn in grade school. Students in this phase of their educational career also begin to learn about exponents, graphing data, statistics and probability and other more advanced topics.

These are typically the high school years and the mathematics level and intensity is increased during this stage. In high school, students can generally choose from different mathematical courses. For instance, if they have a firm understanding of geometry and algebra, they may want to take trigonometry or calculus.

Although mathematics curricula will vary from state to state and country to country, you'll find that this list provides the basic concepts that are addressed and required for each grade. The concepts have been divided by topic and grade for easy navigation. Mastery of the concepts at the previous grade is assumed. Students preparing for each grade will find the listings to be extremely helpful. When you understand the topics and concepts that are required, you will find tutorials to help you prepare under the perspective subjects on the home page. Calculators and computer applications are also required as early as kindgarten. Most curriculum documents request that you are also able to use the corresponding technologies such as software applications, regular calculators, and graphing calculators.

For more specific details regarding the math requirements for each grade, you may want to do a search for the curriculum in your state, province or country. Most boards of education will provide you with the details to access the documents.